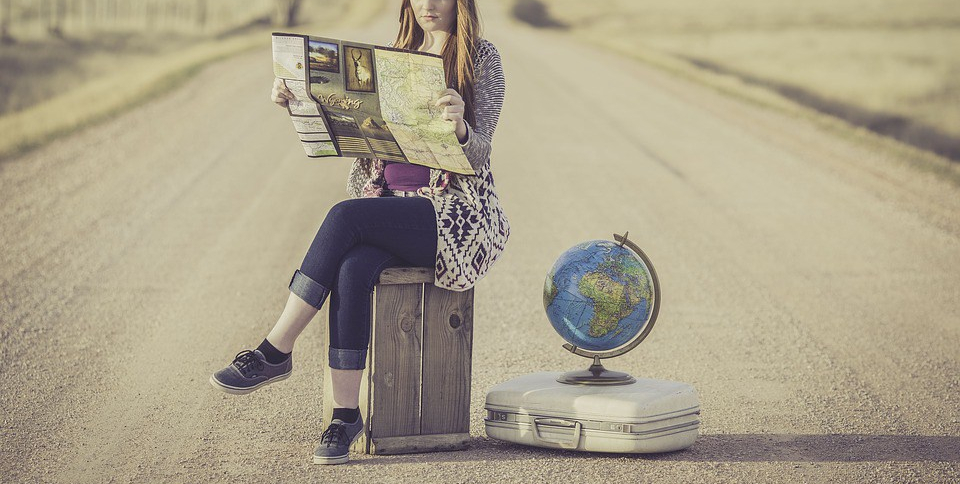 Recap from Part I:

This past summer has been a period of deep introspection about where I want to go in my life and how I plan to get there. Therefore, I wondered what it would be like if I interviewed myself and shared the answers with you, the reader.

This is the second half of the interview and talks about my overseas adventures as a solo, female teacher and traveler, and how my traveling affected relationships with my family.

When have you felt most satisfied in your life?

I lived in Bangkok for a while and had a great condo in Phrom Phong that was just around the corner from Benjakiti Park and the Emporium Shopping Mall. Every night I’d buy chicken and rice wrapped in paper and freshly squeezed tangerine juice and then walk home through the park. Before eating, I’d swim in the only saltwater pool in the city, which was directly across from my door. Because of where the condo was located, there was wide open sky overlooking private gardens and the park. It was my nightly routine. I was relaxed and happy.

What do you consider to be your most profound failure in life and how has this transformed you into the woman you are today?

I wish I had stood up for myself sooner. For years I let people tell me things like: “the world isn’t as safe as it used to be,” “you’re being selfish for leaving friends and family behind,” and “you haven’t seen much of America, so why are you leaving?”

The funny thing is, I job-hopped for six years before finding my path and I was miserable much of the time. It wasn’t until I left the country that I found my calling as an English-as-a-Second-Language (ESL) teacher, but then all the opinions started flooding in. I listened to the, “I told you so’s” and “get travel out of your system.” Cousins were warned not to become like me. As for those naysayers – I lost several friends.

These experiences however, made me realize that those are their opinions and I don’t have to listen. If I want to change my life, I will. The people who are by my side are the ones who are meant to be there.

Your relationship with your parents is important, but there have been times in your life when you have not gotten along. How has your life as globetrotter affected the relationship between you?

When I moved to South Korea in 2007, my mother was upset but mostly because she worried about my well-being. My father however, refused to talk to me. He was a road-warrior for the first twelve years of my life, so I was shocked when he didn’t support my decision. We didn’t talk much over the course of that year. Years later I moved to Thailand. He was okay with that because he had friends living there.

Overall though, they don’t approve, but they’ve tolerated it. I used to hear from family that my parents hoped I would “get it out of my system,” so I could get “a stable job.”

I don’t think anyone should ever get travel out of their system. As for stable jobs, there are many different types of these. I just happen to enjoy work that takes me to other countries.

What about Saudi Arabia?

That experience is a book unto itself. Every-single-person who knew me, prayed for my safety and still talks about it three years later.

Before delving into your experiences in Saudi Arabia how has the lack of your father’s emotional support transformed you?

It has taken me most of my adult life to realize I have spent it trying to earn my father’s support and respect. I earned an MBA because he told me only the toughest survived and I was a teacher. Teacher’s don’t go to business school, so I did. That degree has helped me in my career and has given me the clout I needed in cultures dominated by men, but that’s not why I earned it.

I have also traveled as much as I have because of him. When I was young, my father  would come home with stories of his adventures and I wanted to be just like him. It came as quite a shock when he didn’t support me. It still hurts to this day, but I’ve learned to deal with it. It’s my life and I’m proud of what I’ve accomplished.

If you sat down with your father and had a conversation about your relationship and love of travel, how would it go?

My father doesn’t share his feelings readily unless he is taking control of a situation. I wouldn’t even know how to bring it up.

I’d have to swallow my sarcasm and tame my wit. We’re both stubborn. He would tell me what my ‘problem is’ or ‘has been’ and then maybe launch into how the world isn’t what it used to be when he was my age.

He’s always business-like when we talk about my career and direction in life. The conversation would end one of two ways. First, I’d get frustrated because he’s not validating my thoughts and feelings, or second, both of us would get angry because no one is conceding.

I’m the one who would have to walk away because it’s always been me. Then it would cycle around again to me working my ass off trying to prove I’m worth it and him telling me his opinion of me.

Now on to Saudi Arabia. Aside from the tax-free salary and paid accommodations, travel, and other perks, why did you agree to the typical two-year contract?

First, the only perk of moving to The Kingdom was the tax-free salary. A monthly rent was deducted for my accommodations, which were poor, and not because I was expecting western standards. Second, the contract was only for a year; that is why I considered it.

I accepted the job because I wanted to change lives. The tax-free salary was a bonus.

When people move to Saudi Arabia there are stories of residences ranging in size from large apartment complexes to small cities. Why did your accommodations not meet your standards?

The only entrance to the five-story building was on a dilapidated side street that became a red-light district at night. There were cracks running from floor-to-ceiling on the corner rooms and the floor tiles were spongy from unset concrete. Additionally, while some teachers were fortunate enough to have studios, most of the rooms had a bed, a table with two chairs, and a large closet. Off to one side, was a small bathroom. And the room doors were cheap plywood.

Why did you choose to stay and not move?

Doing everything in Saudi Arabia is difficult. I was strongly discouraged from inquiring about moving and I was so shell-shocked that I withdrew within myself and stayed there until I finally left the country.

Wow. That’s deep. Recognizing your experiences, and the stereotypes of a woman living in The Kingdom, what have you found to be most valuable, terrifying, and noteworthy about living there?

I wouldn’t have survived if Sally hadn’t come along. She became my direct supervisor and my rock. I had begun to crack under the mental stress and she glued me back together.

The terrifying part was wondering if I had the mental strength to endure my stay. I had my spirituality and I leaned on it as if I were taking my final breaths. I also journaled because I knew that one day I would tell my story in a memoir and I wanted to get the details right.

Many people associate the Middle East with terrorism and inequality and although these things exists, it was the people I met who changed my life.

First, my students who were tough, but loyal and protected each other from the madness inside the school walls.

Second, a select group of teachers who gave me invaluable advice and made me laugh.

Third, my two brief encounters with a woman I met at the airport after I arrived and saw again, on the plane, the day I left. Her friendship, although brief, has etched itself into my heart.

And finally, the kindness of strangers – I can count them on one hand but that’s enough.

Thank you for reading. If you have any questions or comments, I encourage you to post them below. These details from Part I and II are further explained in my memoir, working title, The Colors of Sand, due out in January 2019. You can find it on Amazon.