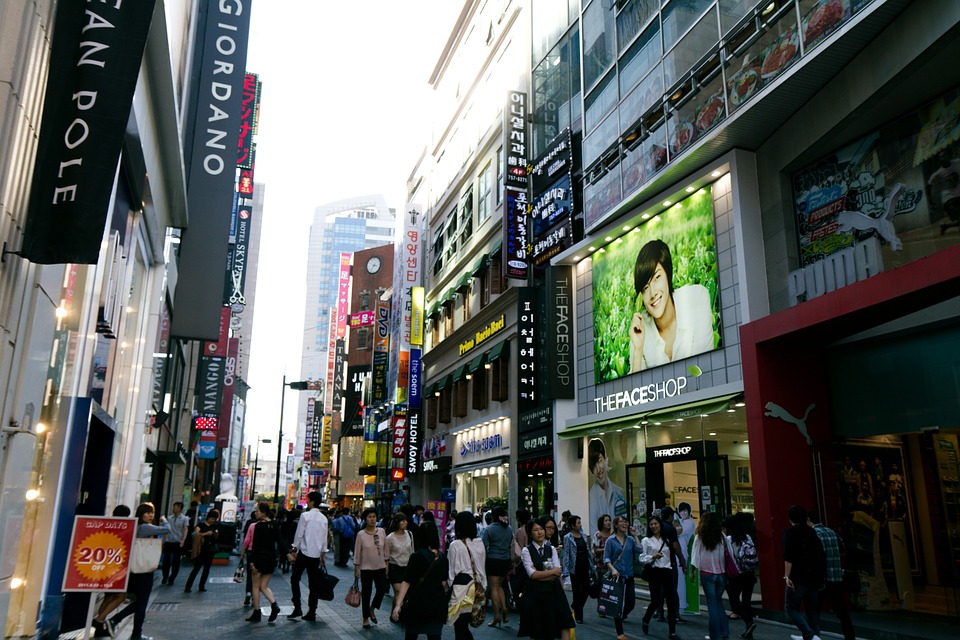 This is an excerpt taken from when I lived in Ulsan, South Korea in the mid-2000’s. I had been battling gallbladder disease for eight years, but doctors insisted I was too young to have this kind of problem and I needed to focus on a healthier diet – the problem would take care of itself. Once I arrived in South Korea, the pain kicked into overdrive.

“I want to die,” I said half stumbling, half dragging my body across the stark white space to the bathroom beyond.

Bright fluorescent lights bore holes into my pounding skull. Strong unnamed cleaning agents, ammonia, no, chlorine, assaulted my nose. The familiar sign, 화장실 or hwajangsil, pronounced, ha-wang-shee, or ‘toilet’, shown brightly in its neon green sign. Swaying, I reached out, arms stretched like airplane wings. With nothing to hang on to, my weight shifted from one leg to the other, invisible hands steadying me.

In the background I could hear David speaking effortlessly to a nurse, who was probably looking to Ermine for help.

My most twisted and promiscuous friend, who found the sluttiest streets in every country he visited, picked up languages like he picked up women and sometimes men; a compliment followed by a smile, an offer to buy the next drink, a caress of the hand, and a fuck in a by-the-hour love motel. He spoke as if Korean had always been his language. His matted brown hair and rounded glasses, resembled Harry Potter, if Harry had grown up tall, thin, and addicted to booze and sex. The nurse to whom he spoke was undoubtedly staring at Ermine, a woman with a bubbly laugh and sweet demeanor, who was Chinese American and spoke Korean like she was reading the most banal poem on the face of the earth in monotone.

Exhausted at trying to eavesdrop on the conversation and make my progression to the bathroom, I leaned on the heavy wooden door and let it slide quietly backwards, a smooth whoosh emitting at the unexpected weight. Catching myself, I kicked, or rather attempted to push the door closed, stubbing my toe.

It moved slowly, metal on metal pinging as the door bounced back from the frame and stopped. In the background: David speaking, then stopping, as Ermine repeated the phrases in her monosyllabic way. He had evidently given up the fight and given in to: Asian face equals Asian speaking.

Dropping to hands and knees, I crawled over to the toilet, fifteen inches off the floor. First, a step, then a platform.

Bits of hamburger, neon cheese, and mushy McDonald’s bun coated the white porcelain, a thin layer of acid and grease glistening the surface.

My lunch from six hours before made its appearance next, followed by yellow and brown mucousy shit.

Thirty minutes later and three pounds lighter, I lay on a stretcher, hips balancing precariously on the edges as a nurse wrapped a cuff around my arm. Granted I was not the thinnest person, in fact, I wasn’t not thin at all, but the bed was better suited for a hobbit, a very fit hobbit, who probably had no body fat that draped over the sides of anything.

“Too big,” the nurse said tsking as she looked disapprovingly at my arm.

Using two hands and her arms, she twisted herself in towards me and gripped the cuff as it began to tighten.

“Huh,” she said over and over, as if we were arm wrestling.

“She’s winning,” I thought, losing feeling on the right side of my body.

Three more attempts and two cuffs later, she asked, “You dead? Numbers wrong. You fat. I’m skinny. My blood good.” She thought for a moment before adding, “No worry, I make up numbers,” she said laughing.

Just then a wave of intense pain, worse than the pebble-sized kidney stones I had passed year before, gripped my stomach. Colors blended as one, followed by black.

A spicy salt, no, a sharp salt smell, turned my black world into a brilliant white, as slits of reality filled my vision. Horrified looks plastered my friends’ faces.

“What…what happened?” I asked groggily. No one spoke. “Why does my face feel like it’s sunburned?”

“The nurse couldn’t wake you, so she started slapping you. Okay, I said it,” Tami said, a hint of irritation to her voice, while her eyes remained incredulous.

Another wave of pain gripped my stomach as a wave of nausea hit. A doctor in blue scrubs who had been hiding nervously behind a curtain across the empty expanse of the emergency room, walked towards us, her sole footsteps squeaking with each step.

“You have appendicitis. You know?” She asked hopefully, smiling.

“No. No. It is stomach,” she said looking less certain.

Suddenly the room erupted. Voices jumped in with questions about diagnoses, tests, and why wasn’t anyone doing anything. Oh, and where are all the doctors and nurses? The doctor hurried off, disappearing behind a formidable looking door.

Fifteen minutes later a nurse came out with discharge papers stating no doctor was on staff to help me because, “It too late. Very late. All doctor go home. You go home too,” she said brightly as her eyes darted nervously around the empty white room.

One friend walked six blocks to catch a taxi. Two more helped me climb into the backseat, and David gave the driver directions to my apartment, a five-floor walk-up in a town forty minutes from Myeongdong, a popular shopping area in Ulsan.

The next day I stuffed clothes into a small backpack, walked to the center of town, caught a local taxi, and took myself to a Ulsan University Hospital. That’s where the real adventure began.