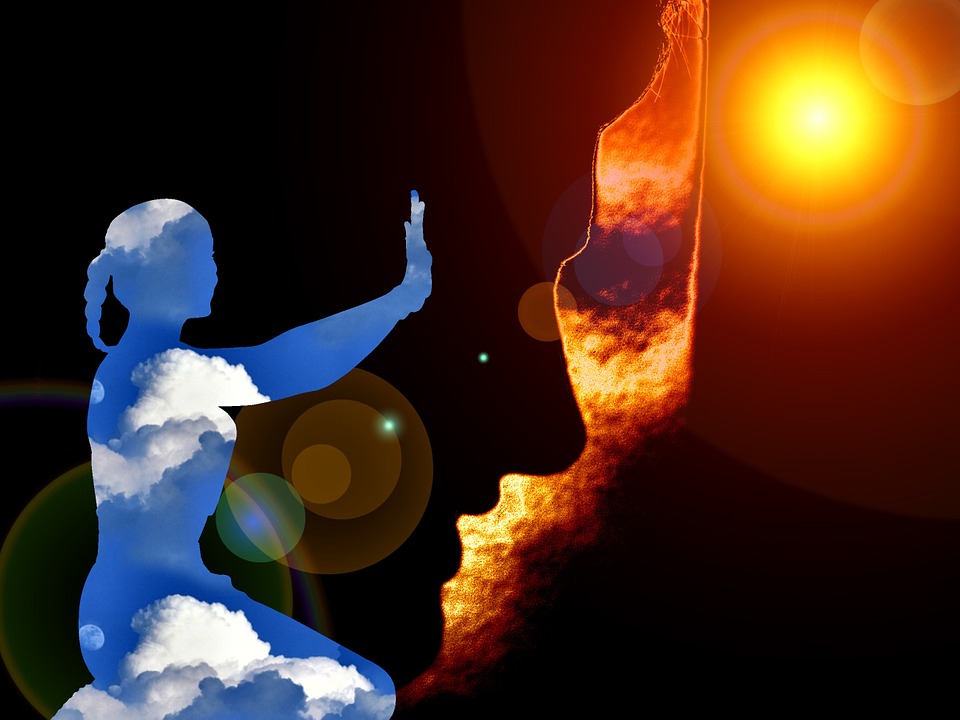 In 2007 I moved to Namchang, a small town in the province of South Korea. It was during this time when my spiritual awakening began. I kept a journal on my Mac and wrote daily. I wanted to remember all my experiences in this new country, especially since it was my first move overseas.

During one rainy and cold afternoon, I was hanging out in my apartment, bored. It was a rare instance when I was home and not out with friends or traveling around across the countryside. It was during this time that I began noticing some unusual things.

First, there were the voices. I was peering into my refrigerator for something to eat when I heard my name. It was quiet, like a whisper. Then I heard it again, louder, like a command. The hair on my arms and neck stood on end. My mind skipped back to the many times when I had heard my name called while I was walking down the street, through a park, or browsing in a bookstore. It was the same voice. I was not alone.

Second, there was the light and the sliding door. Over the course of several weeks, I distinctly remember closing the slider between my kitchen and main room only to turn around and find it open. It happened so many times that I knew it was not a coincidence. Then there was the light. The light in my kitchen blinked furiously. It drove me so crazy that I had it replaced, but it made no difference. The only time it stopped was when I had overnight company.

It was like a psychological thriller or a horror film except that I never watched scary movies as they fueled my over-active imagination, resulting in insomnia, and I am someone who loves sleep. The lights more than the voices freaked me out because it was something I could not physically ignore. In turn, anyone listening outside my door may have wondered what rituals I was performing as the frequency of The Lord’s Prayer could be repeatedly heard throughout the day and sometimes the night.

Years later I moved to Bangkok, Thailand. I was writing for myself and teaching for a well-known university. Each day I made time to write. I created my writing space on my king-sized bed, with a mug of unsweetened green tea next to me on my nightstand. Directly overhead was a reading light that cast a golden glow. It was ideal for writing and reading. The only problem was that the light blinked furiously whenever it was on.

One night one of the bulbs in my living room fell out of the ceiling and smashed (I had recessed lighting). Then the rest shut off in unison. I had all the lights replaced despite the Thai staff telling me there was nothing wrong with them. They were able to turn the lights on and off without incident and the insistent blinking over my bed? It did not happen when they were there.

Then one night during meditation, an overwhelming sense of love overtook me. I felt as though I was being hugged by an unseen presence. When I opened my eyes, I had an ‘aha moment’. Out loud, I said something like, “I get it. I hear you. You’re with me.” If a condo could sigh, that is what it did. In my mind I heard an exasperated, “Finally,” and I laughed out loud.

From then on, all the lights in my condo stayed on. The divine had been trying to get my attention. How do I know? I had been practicing yoga and meditation for close to a year and had been reading about angels and my spirit guides. When the divine wants our attention, they will go to great lengths to get it, but it is up to us to acknowledge them. For the last several years I had been doing a spectacular job at ignoring them (i.e. South Korea) and yet they had not given up on me.

The books that most helped me were: Conversations with Angels by Dror B. Ashuah, Angels in My Hair by Lorna Byrne, and A Message of Hope from The Angels, also by Lorna Byrne.

Keep an eye out for Monday’s post on “Talking to God and My Angels,” a follow up to this one.